a holiday story. In several parts.

Several months ago, my sisters decided to take a cruise and asked us to join them.

Now I know some of you are thinking, OMG I DON'T WANT TO READ A HOLIDAY STORY! It's BORING or I'm JEALOUS (or both) and I understand. BUT -- for those who wish to know where we went and what we did, and hear how I nearly lost my kidneys but failed to get my hands on Jimmy Choo, read on.

(I'm writing in days, so I can keep it all straight. Hence, there'll be a few posts)

(and a lot of photos)

We got up at 3 am, and drove up to Perth to the airport. This was sorta fun and exciting for a time, then I wanted more sleep. Too bad for me. 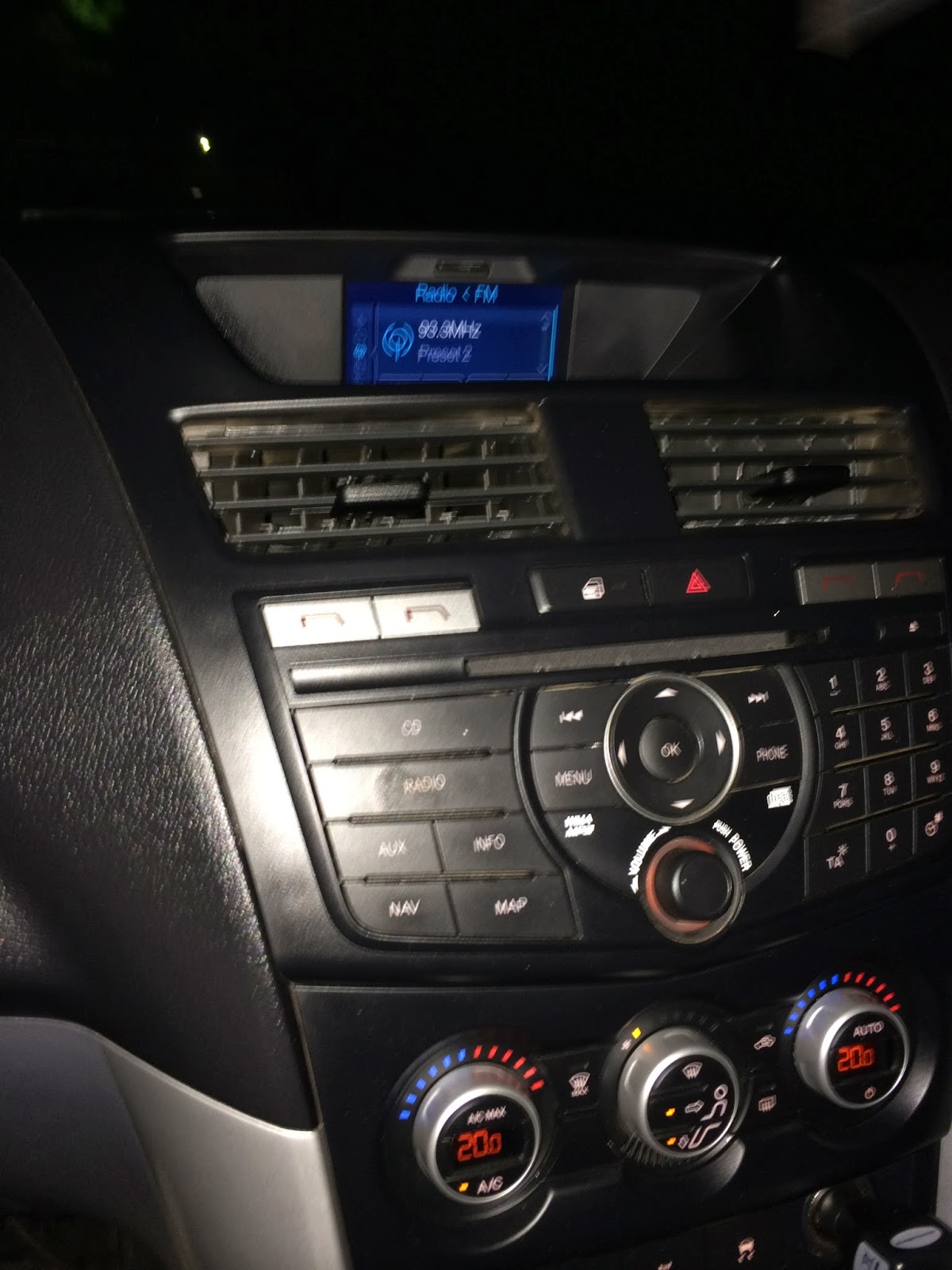 You can tell I was tired and excited by the blurry photo. Looked fine to my weary eyes. 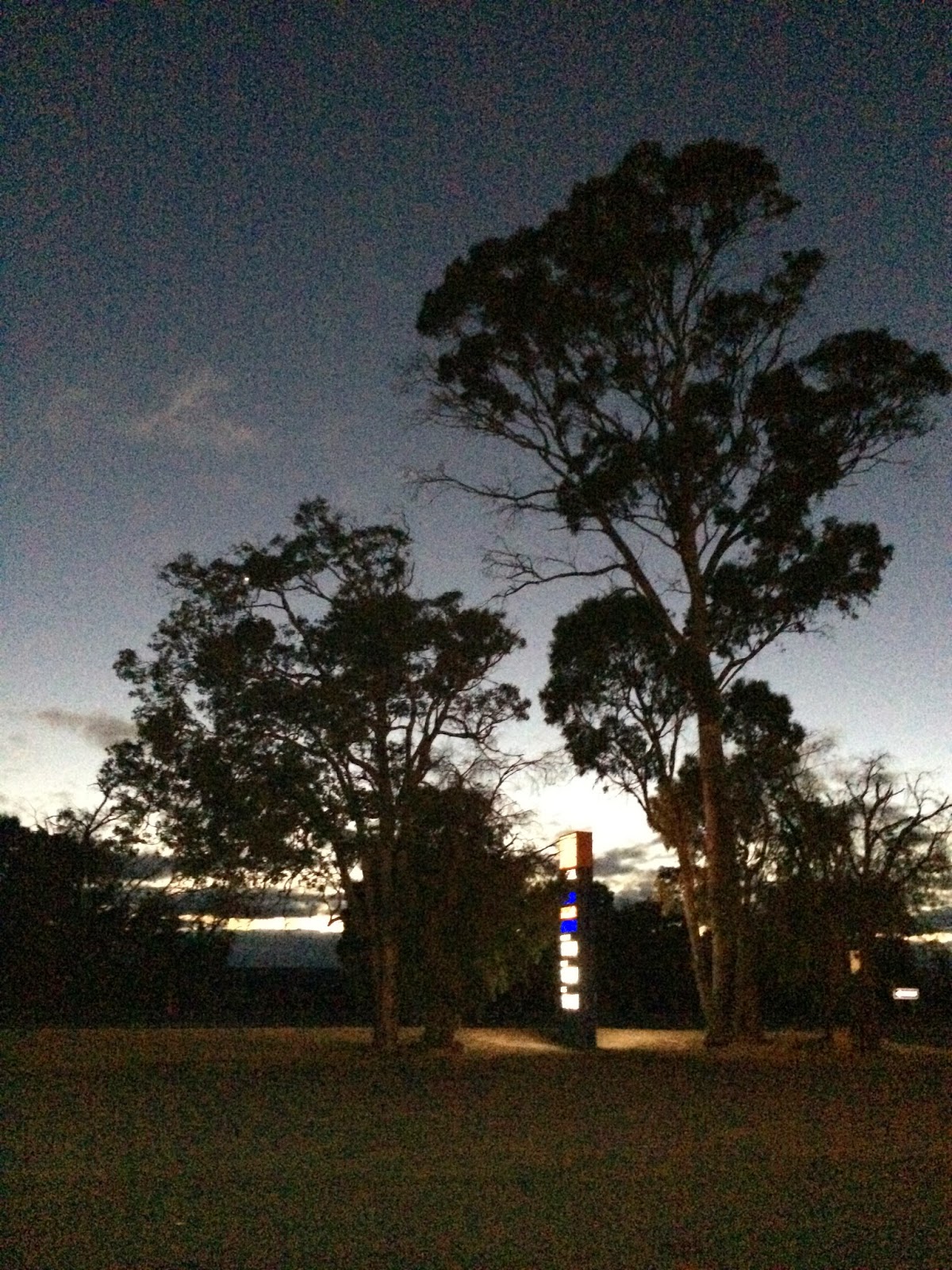 Sunrise!! haven't seen one of them for a LONG time. 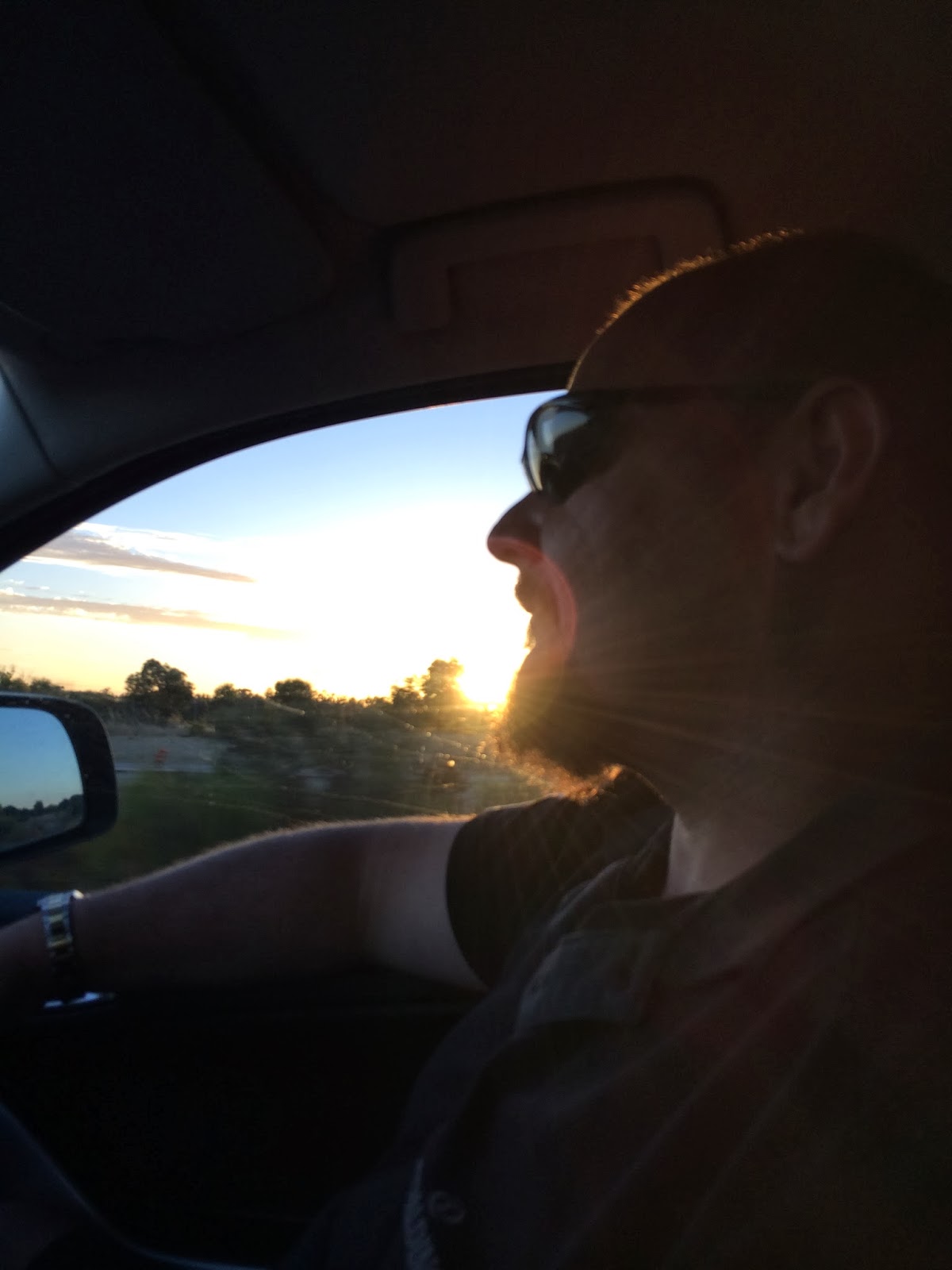 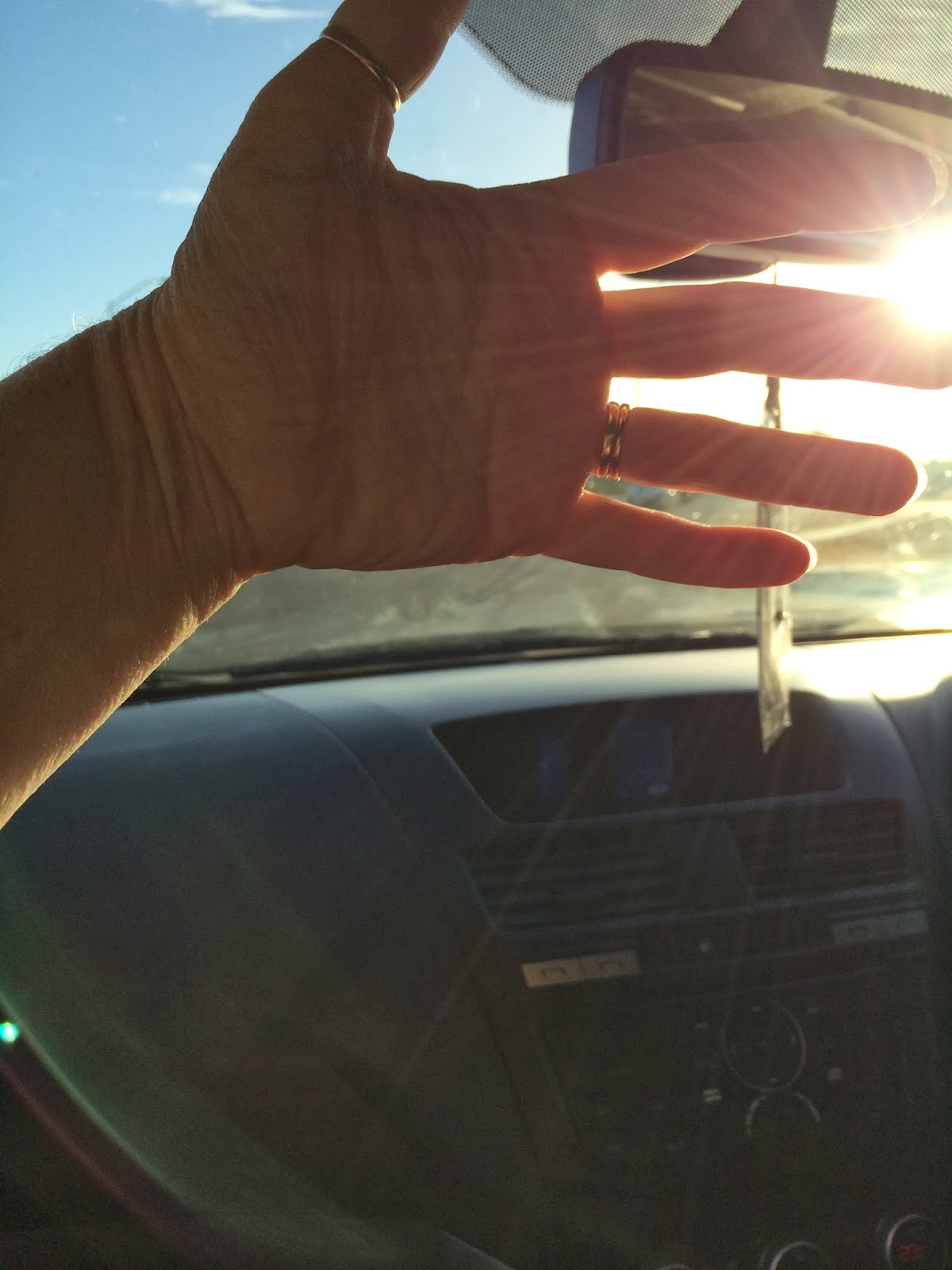 Then, of course, we found ourselves driving INTO the sun (nice) 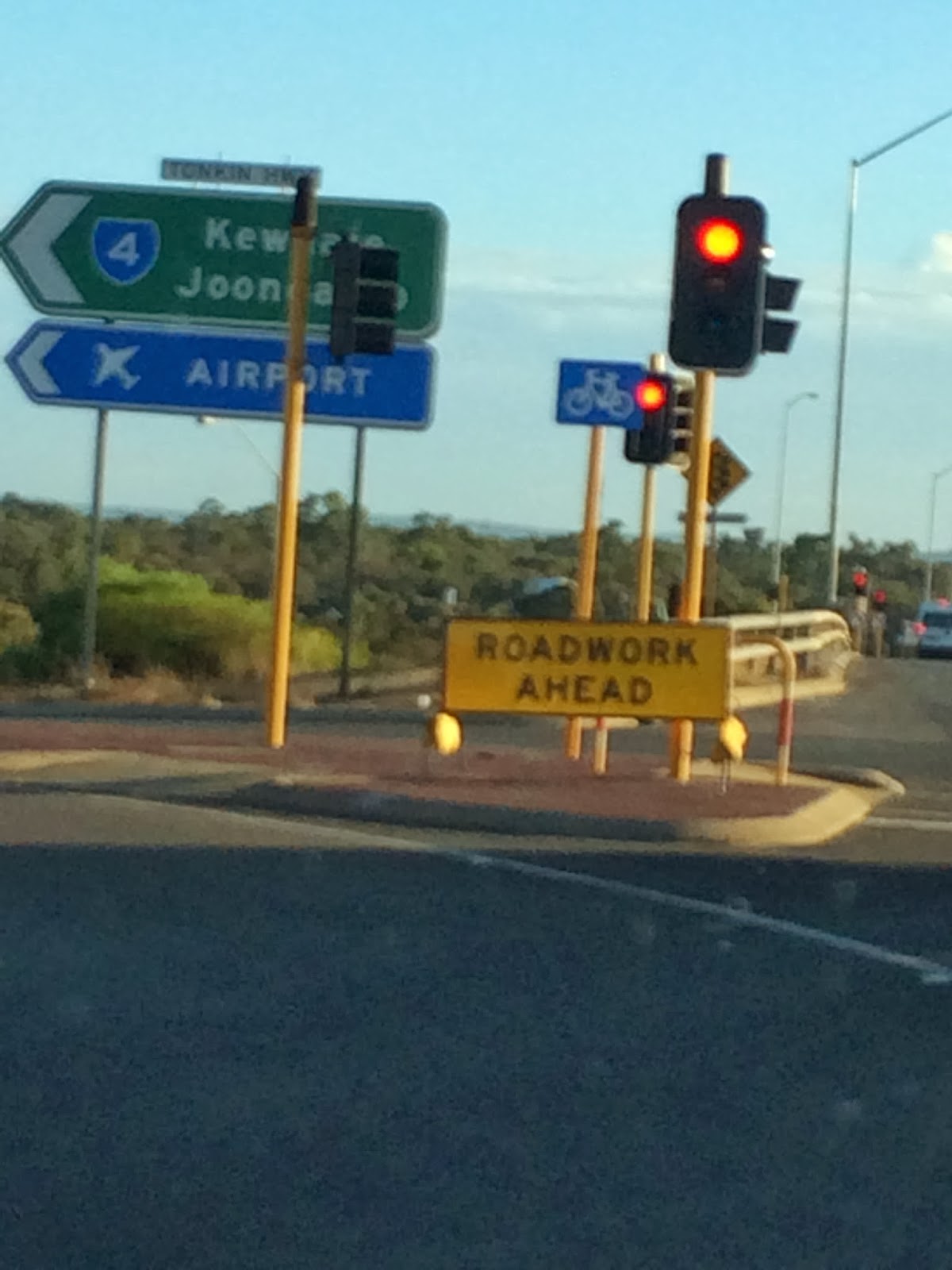 and I MAY have nearly wet myself when we got to the airport. 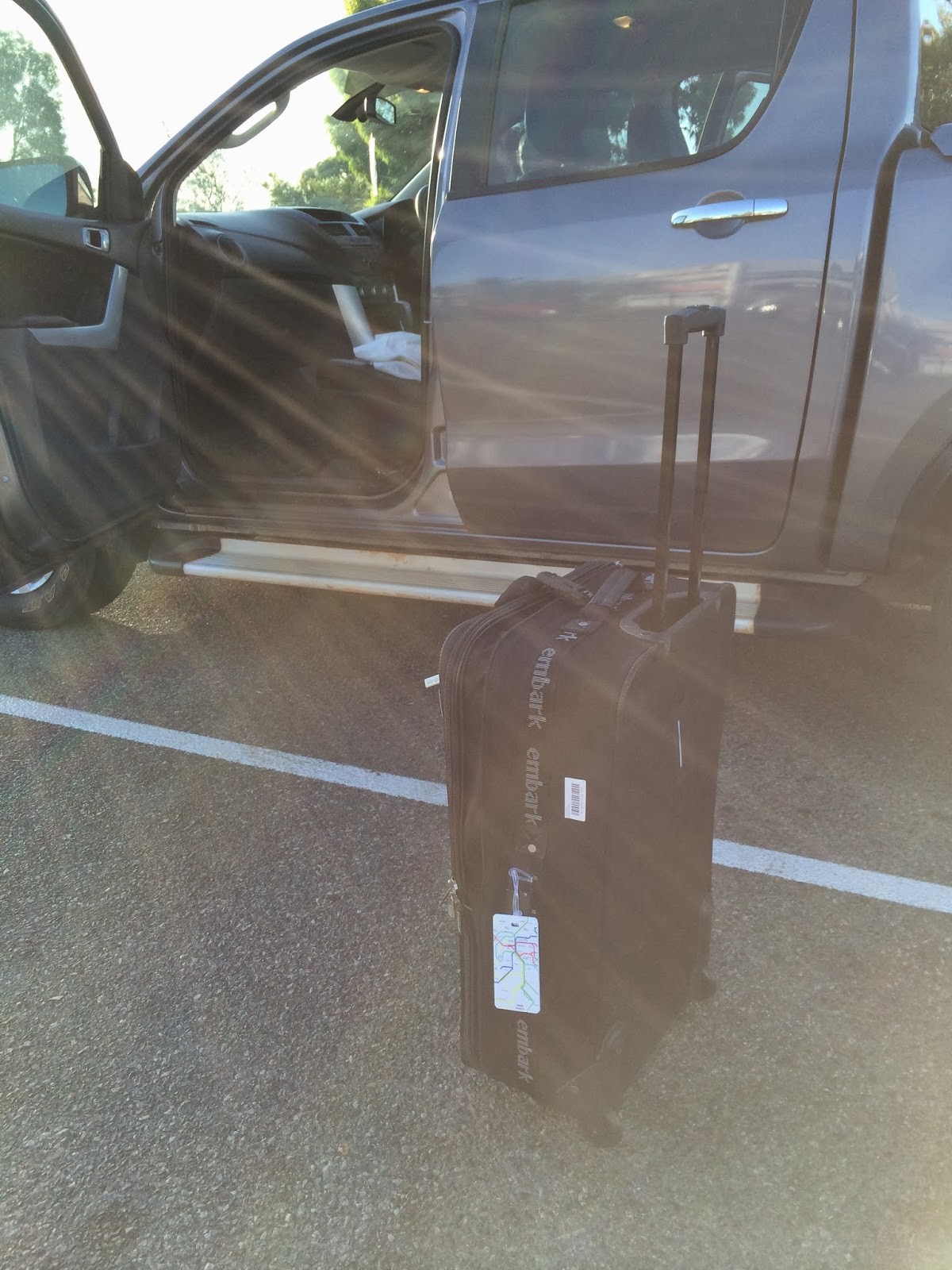 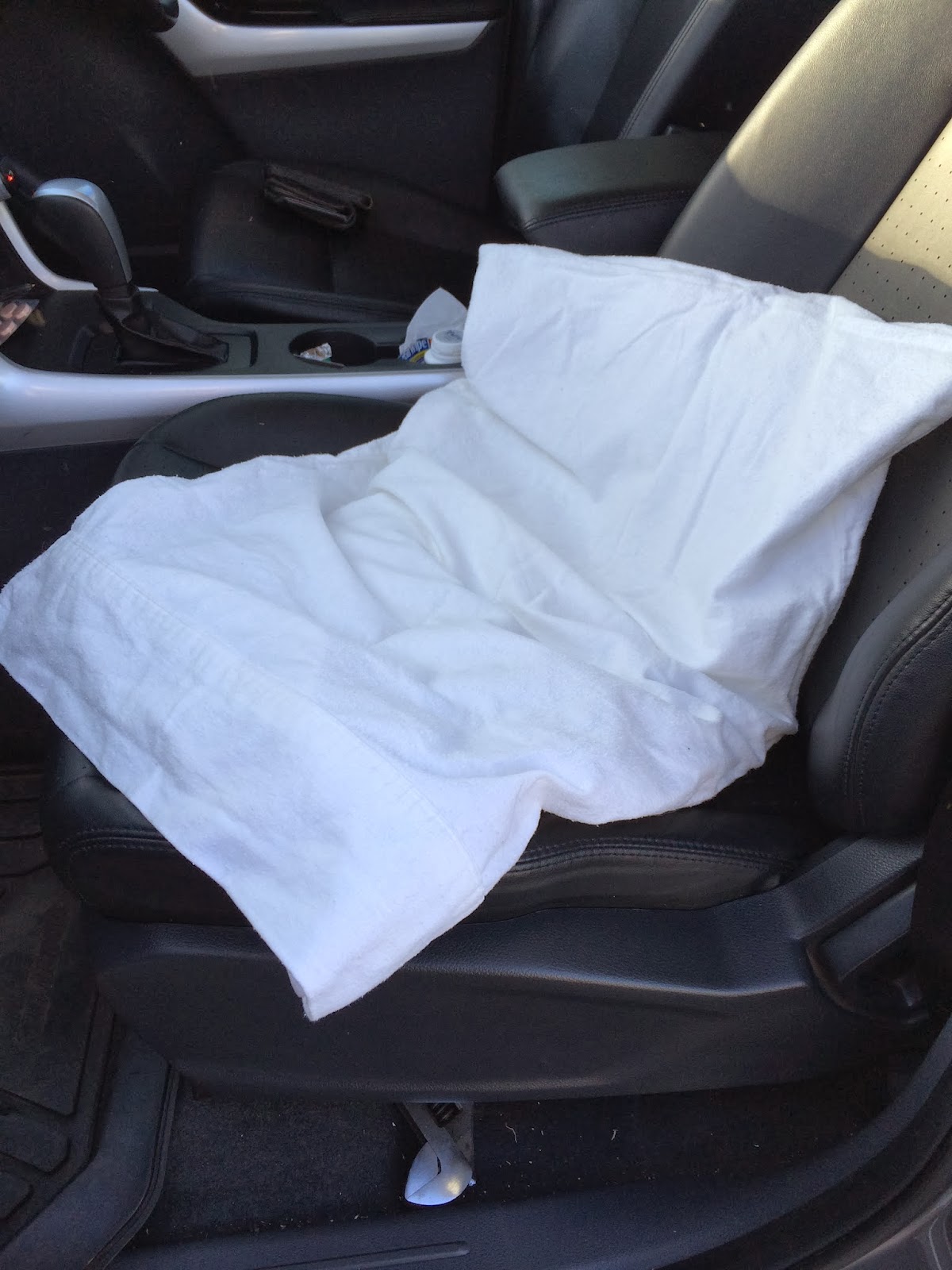 WHAAAAT??? doesn't EVERYONE take their Pilly on holidays? 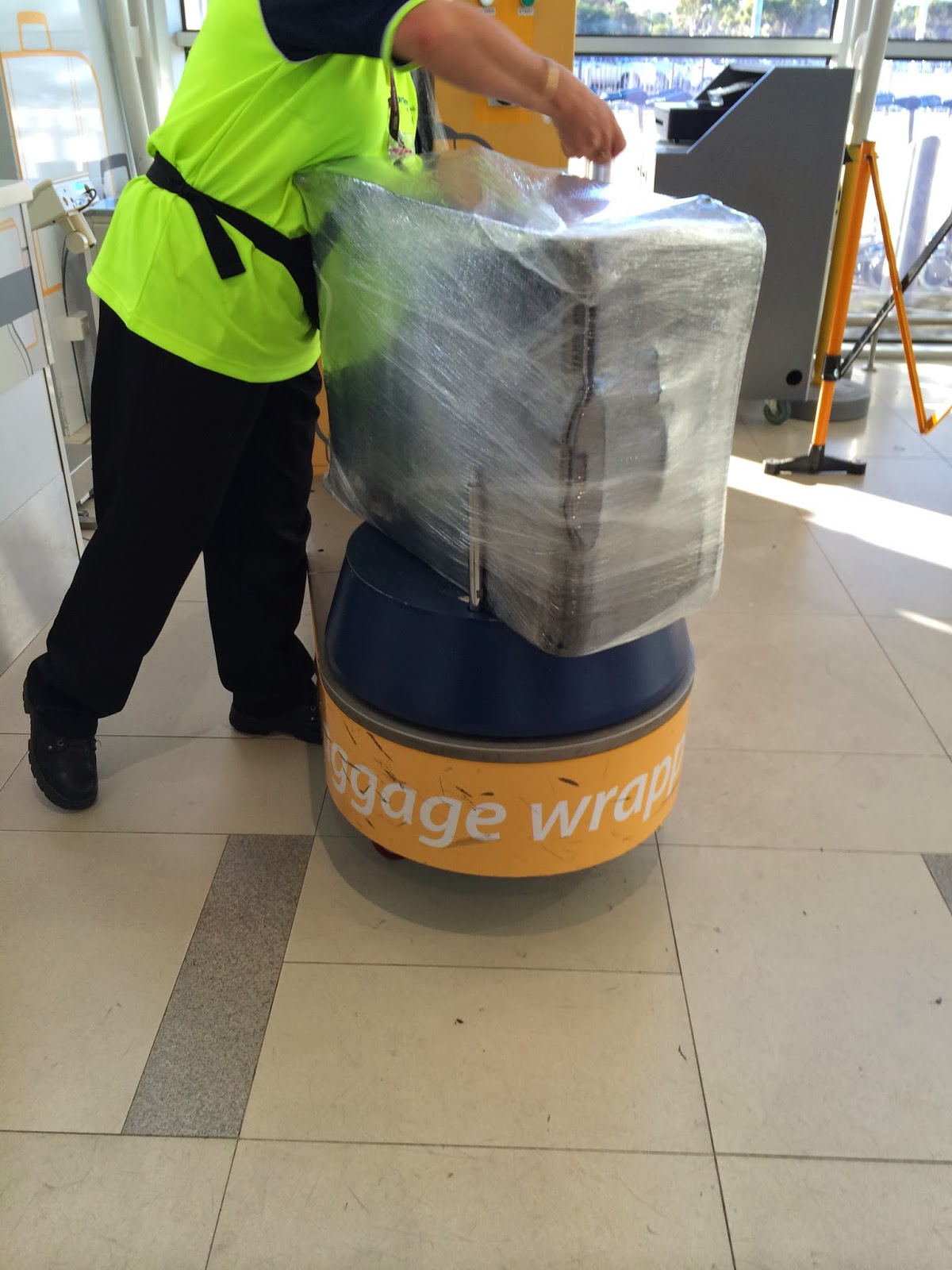 Bags secured (no Corby moments for us) 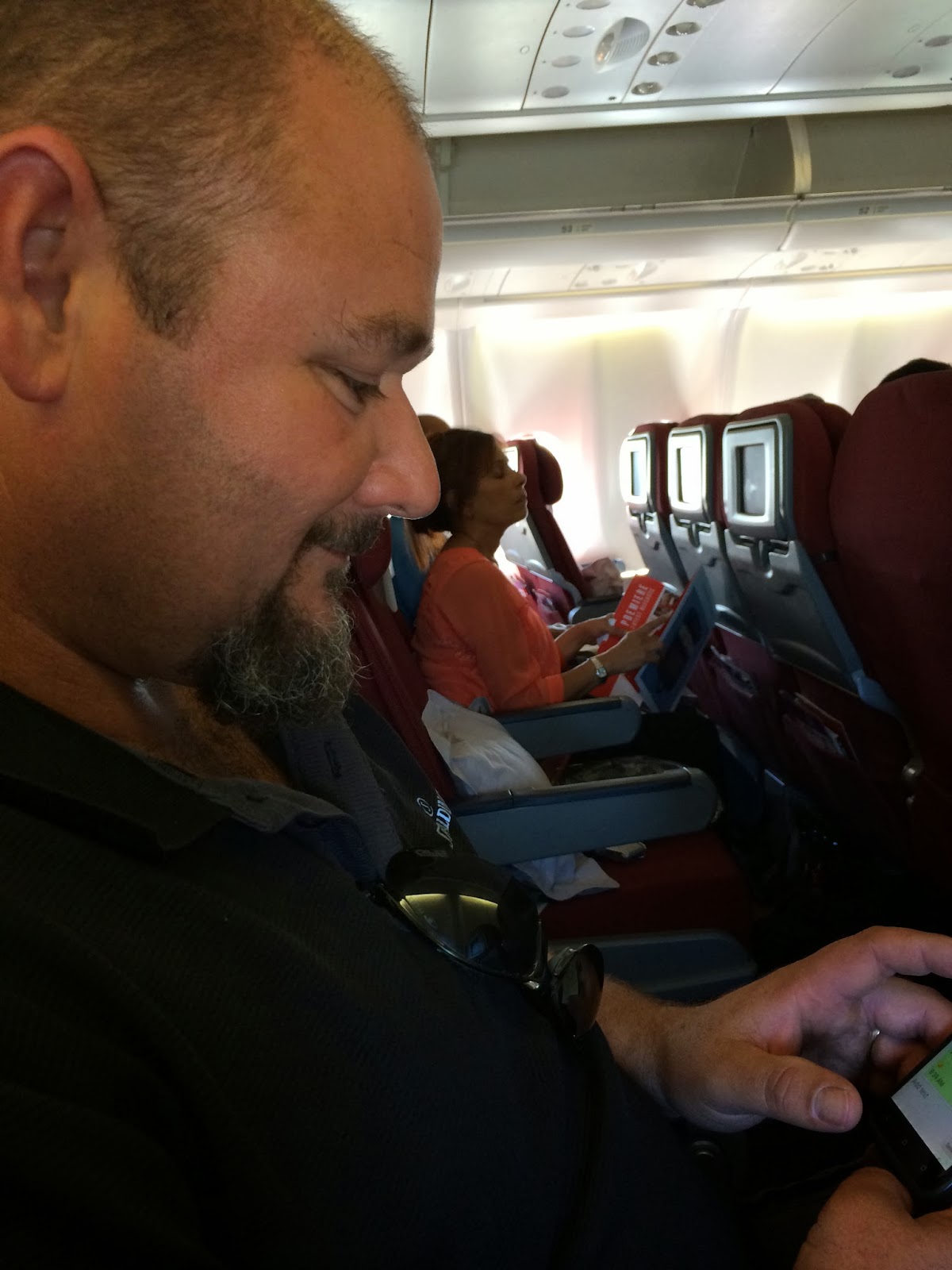 and we settled ourselves in for the 5 hour flight to Singapore.

Pretty exciting for me -- my first trip overseas, our first trip with no kids.... I was like a puppy with two shoes to chew.

I watched Captain Phillips on the way over. Heading for a cruise ship. Yuh - huh. Began thinking about pirates and hoping they would like the casino too much to worry about my little gold bangles.


We hit Singapore early, and made it through Customs and Immigration very quickly and with no dramas.
(My sisters, the previous day, got the snarkiest officials ever. One sneered at Sissy's 'brand-new passport' and one was rude to Ker, and then offered her husband candy!!)

We were ushered out of the airport by tiny little old men and women wearing brown jackets and white gloves. They-Who-Must-Be-Obeyed point the way and hustle you along if you're not quick enough, and they also wave mysterious and instantly obeyed commands at taxis so that no-one is waiting for more than a few seconds. I resolved to smuggle a few home to Perth airport but my bag was too securely wrapped.

Our taxi was clean and smelled of nothing, and the fare was amazingly cheap compared to Australia. the driver barely spoke English so we resorted to OOH-ing and AHHH-ing out the window. 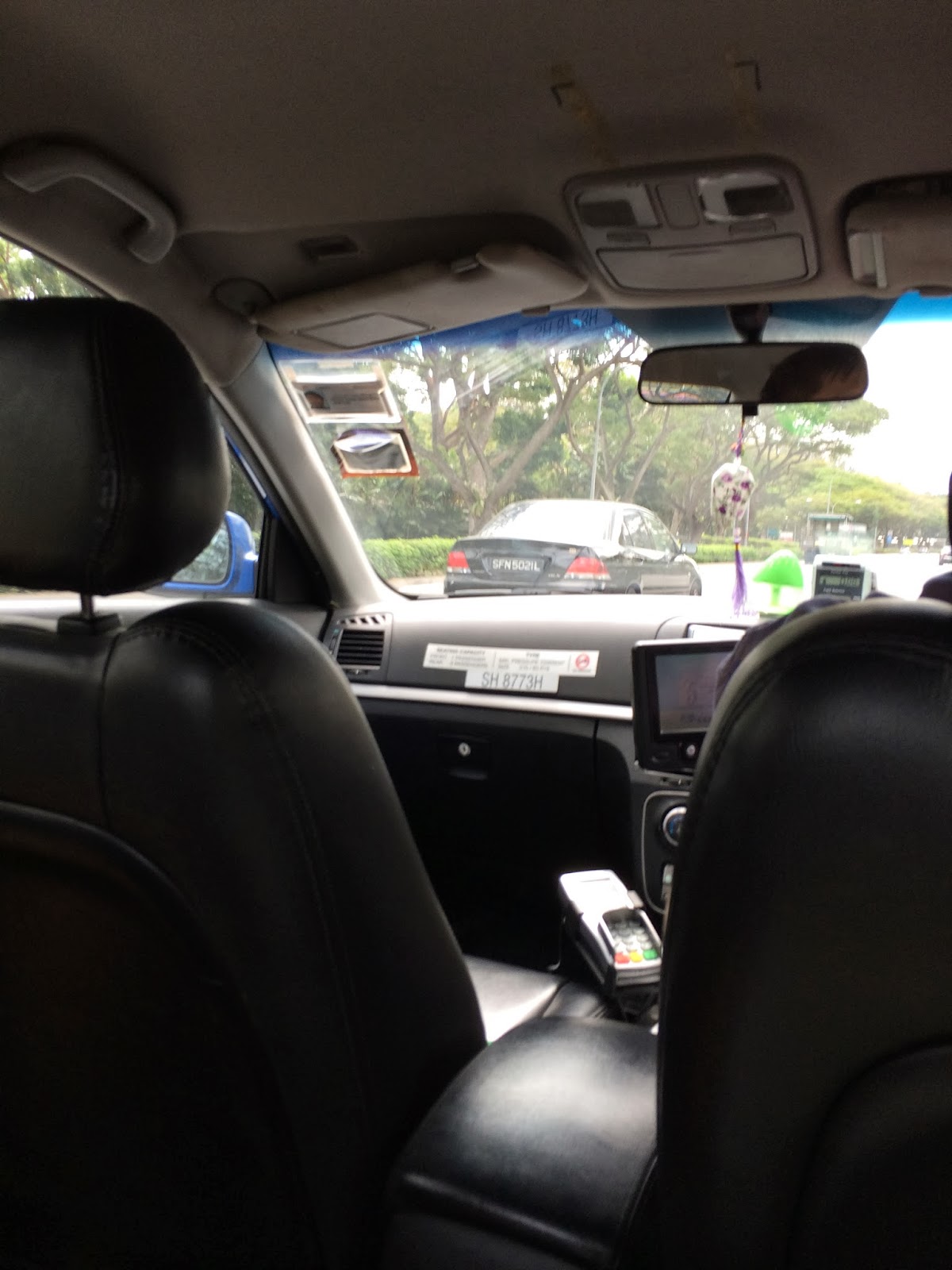 Here is some of what we OOH-ed and AHHH-ed at: 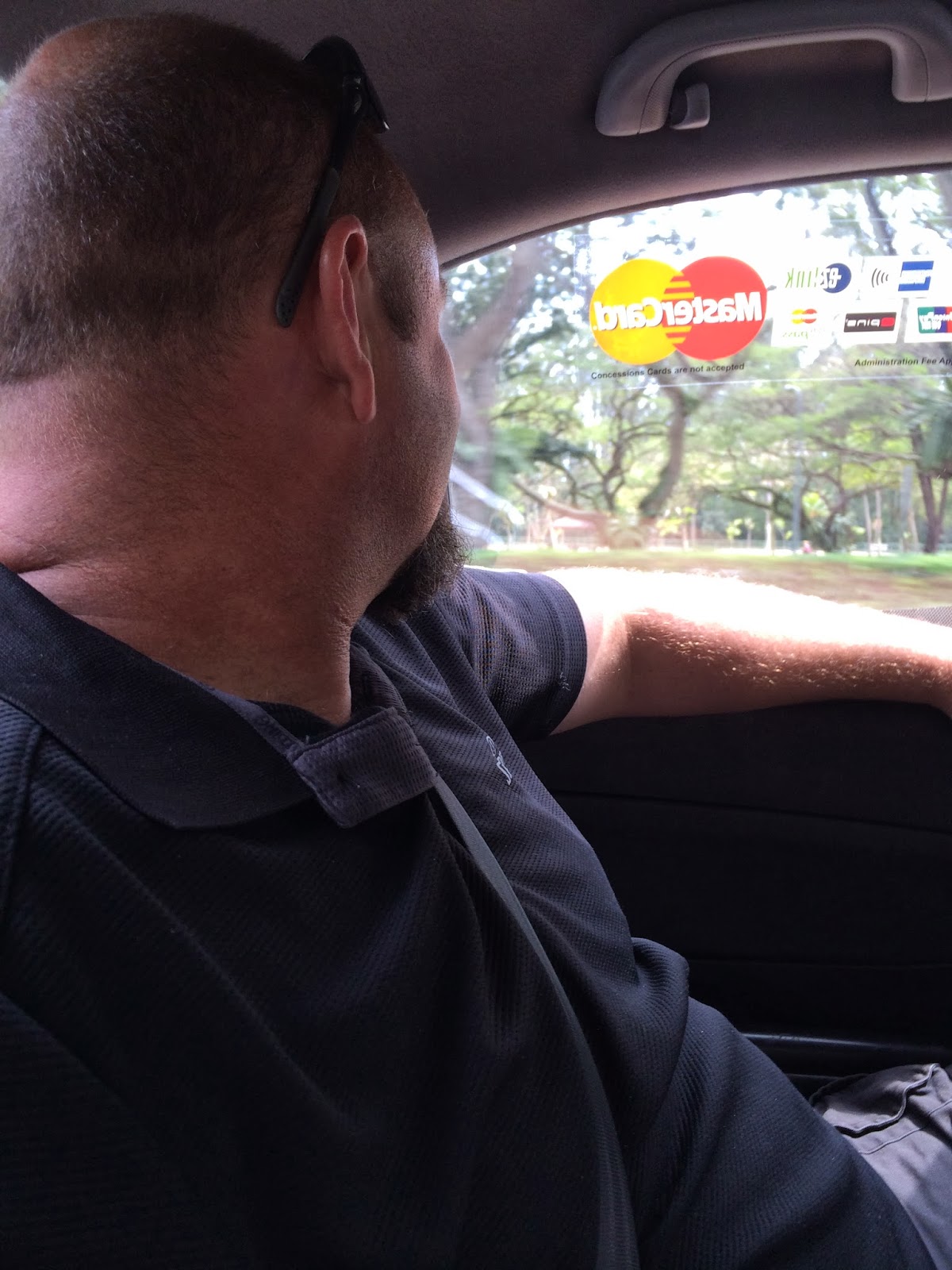 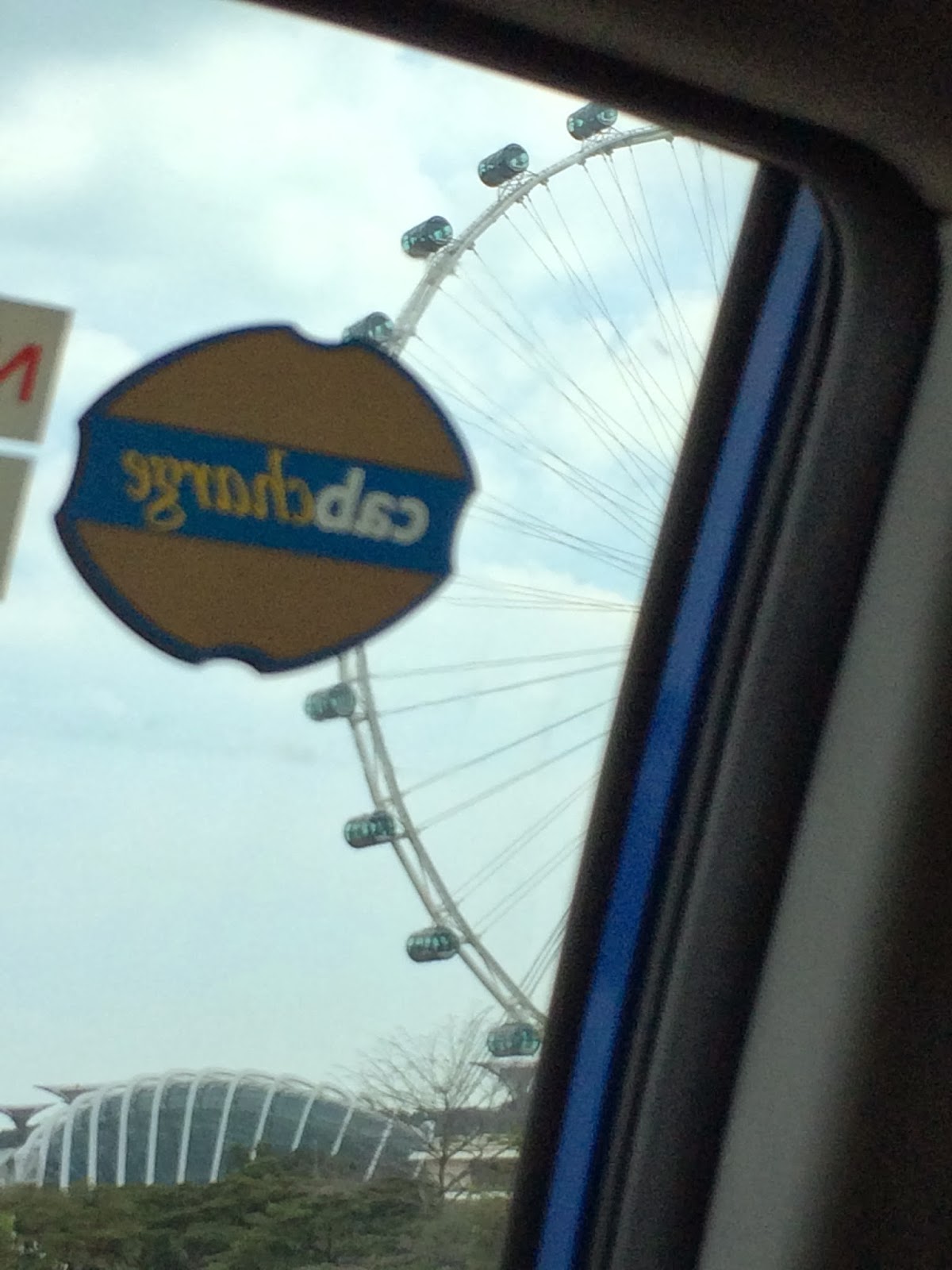 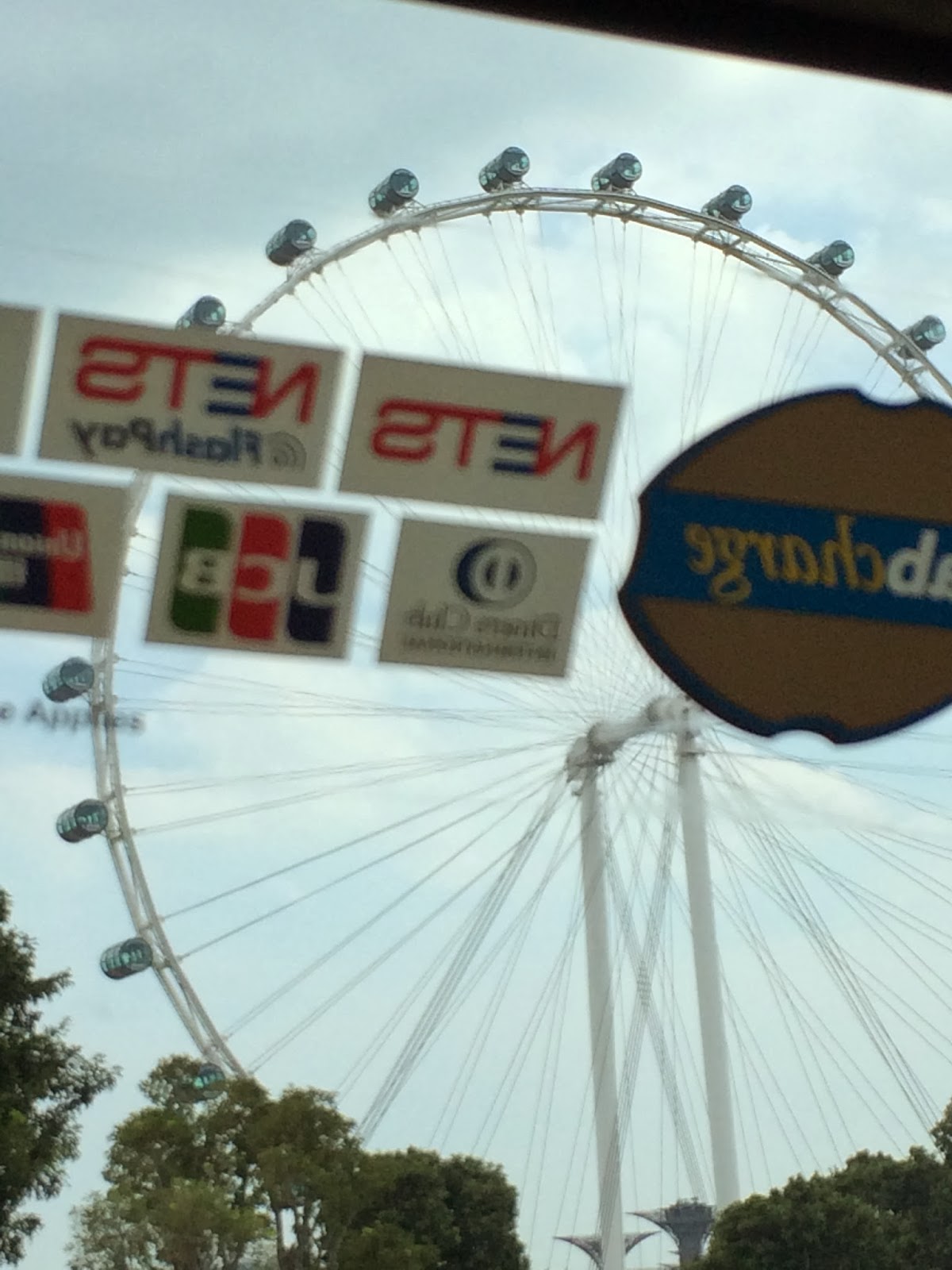 This is something like the London Eye, a great big Ferris Wheel that you can see probably the whole of Asia from. I wanted to go in it but we didn't have time (a phrase you will hear a lot of!) 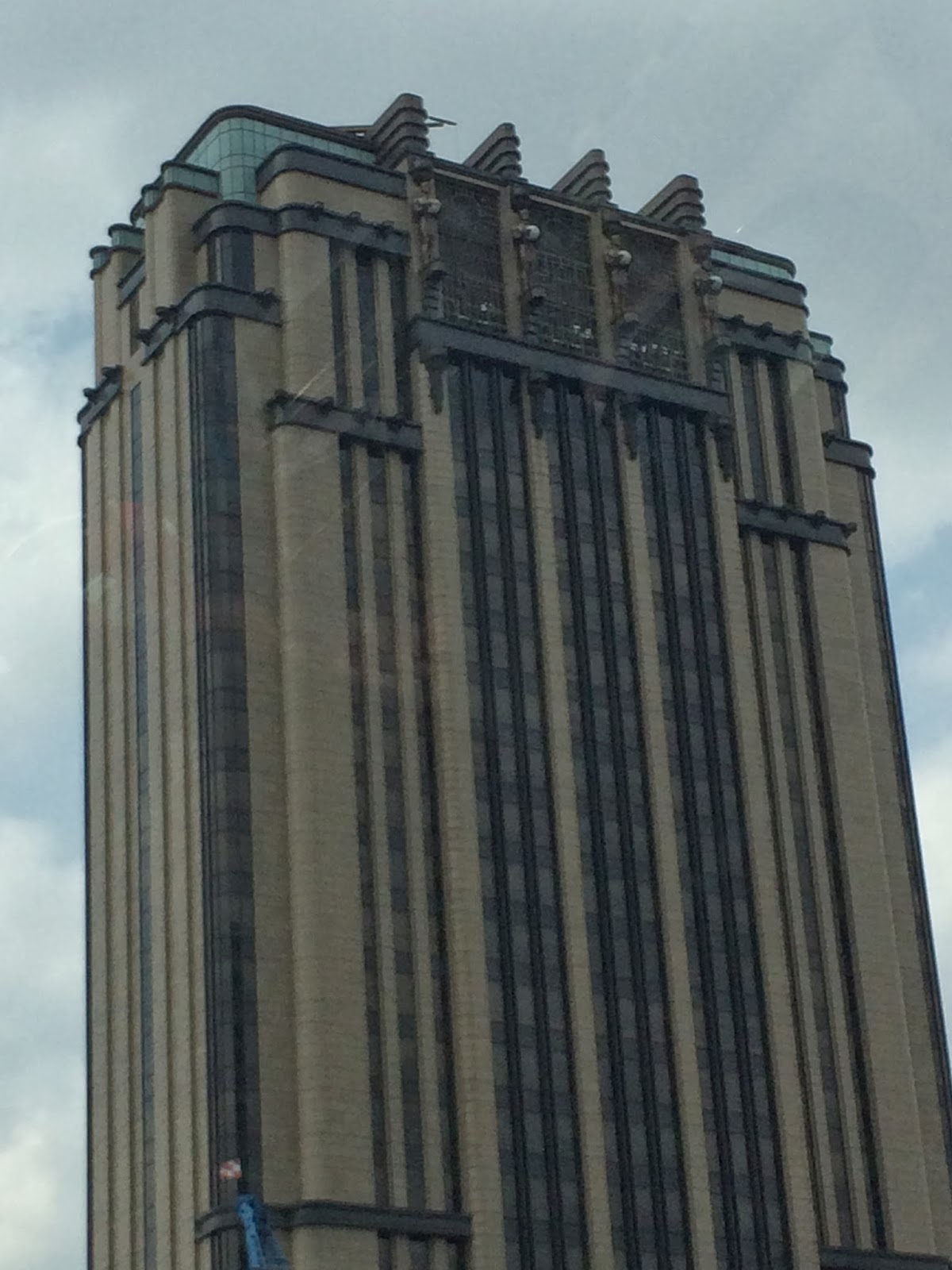 And this building is a magnificent creation, very art deco and fully swish.


At the hotel, I had this delightful package waiting for me: 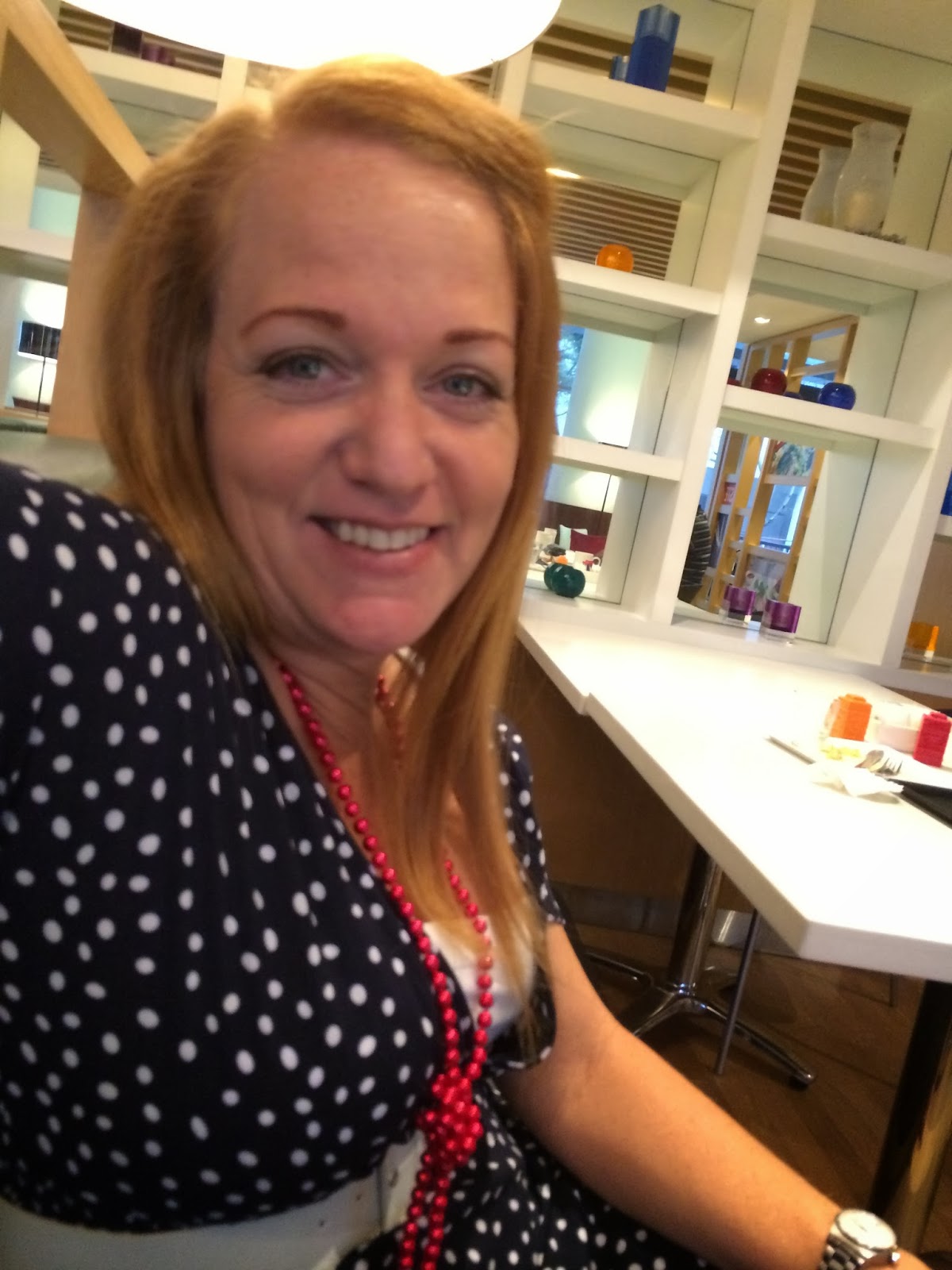 (that is my sister, Ker) (I unaccountably failed to get a photo of her husband)

We caught up over drinks and dinner, joined at some point by Sissy and her husband, who had had the adventure of a lifetime.
After taking what turned out to be a ONE WAY ONLY tri-shaw ride by a skinny little man who clearly felt it was going to be too much effort to pedal two well-fed Australians back to their hotel, they were taken on a 'shopping trip' by their taxi driver -- which involved skulking down alleyways while gates clanged shut behind them.
They emerged with some nice gold jewellery, and two prizes -- a watch for Him, and a Jimmy Choo bag for Her.
The watch was something of a surprise for all involved. BIL stops all watches after a day or two. Even my sister has stopped wearing hers, because he stops it as well. They're not broken -- if he goes away, the watch will start working again -- they just won't go while he's around. Weird, huh?
And Jimmy immediately became the star of the trip. You'll see.

We were knackered by now. Fabio wandered away and managed to find some milk for morning coffees. 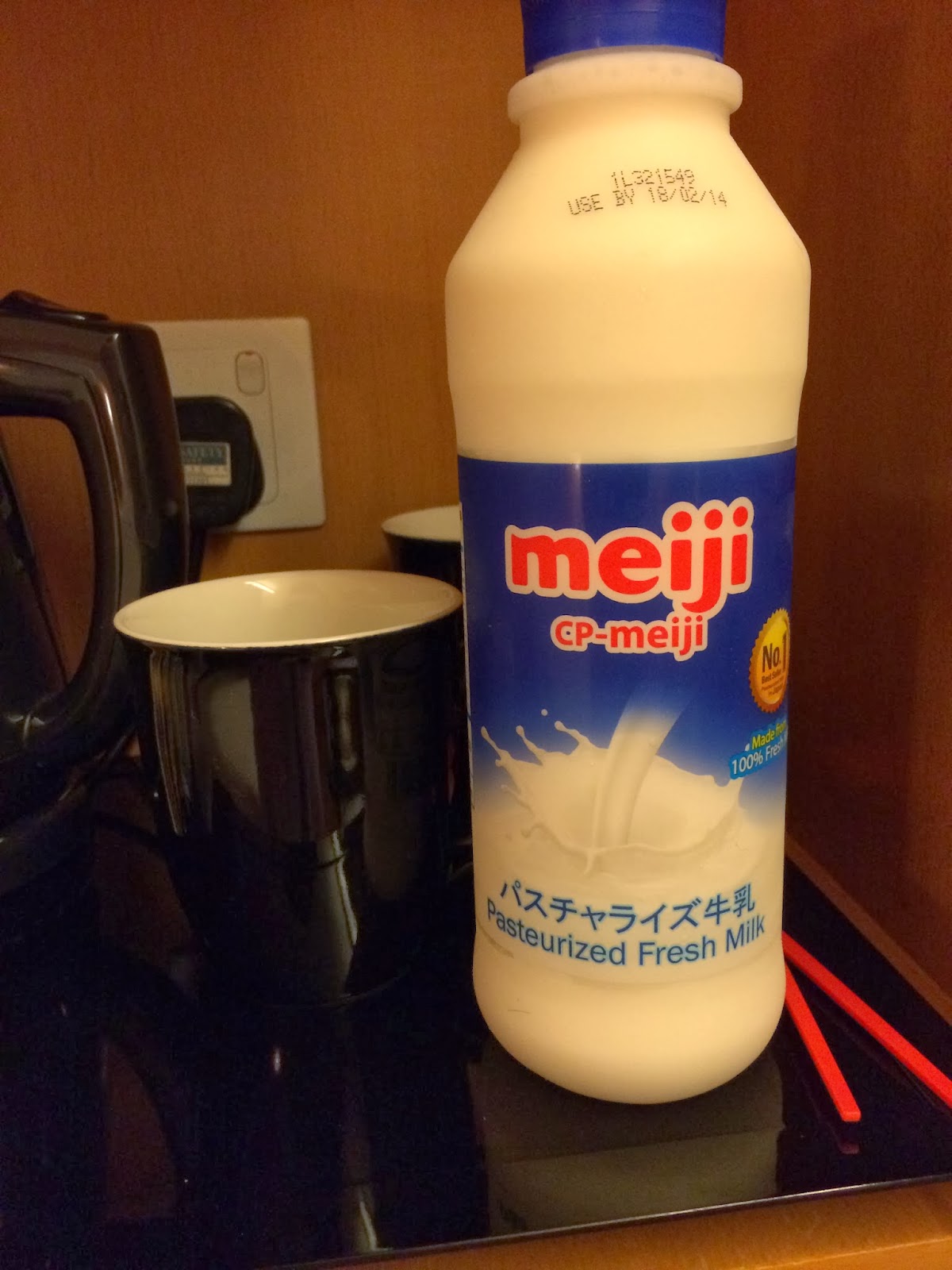 And we hit the sack. I don't even remember falling asleep.