my back is owned by a 6 foot miner

Edens' Fresh Horses brigade post this week is, for me, a bit of a curious one. Because for me, it's two different posts.

I do see signs, and I do feel like someones' got my back, but it aint the same thing. 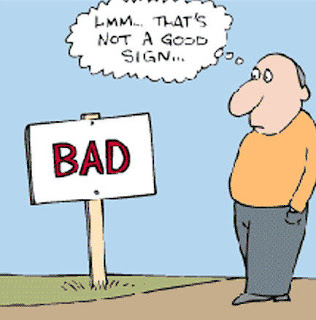 I don't believe I have a guardian angel. Note, I'm not saying I don't think they exist. I just don't think there's one watching over me. And the only people I can think of who might be interested in the job are still alive, thank God.

The signs I see tend to be more like street signs or roadblocks in life.
Sometimes no matter how much I want something I cannot make it happen. It feels like the weight of the world is piled up behind the door and I can ... NOT... PUSH... it....... open.....

... which I take as a sign that it's not meant to happen.

And other times, I feel like I've waltzed through that open door, and the lights are on and the room is warm, and the table is all set and the food is waiting... you know?
When things are right, they're really RIGHT. Even if you have to work hard to get there, it feels do-able. It's a SIGN.

For whatever reasons, I've almost my whole life felt that I could never rely on anyone but myself. And yes, I've let me down plenty but it never hurts as much as when I've stood on tiptoe, holding my breath and hoping, only to be dropped and broken by someone else.

When my man and I got married, we had already been Best Friends for 11 years. Not romantically involved, but true friends.

We knew each other inside and out.
We knew we could trust each other, in the Big Things and the Little Things, and if you're married? you know they are often the same.

We're in this together, two parts that make a much bigger Whole.

We never speak poorly of each other to anyone, not even in an off-hand way at work or down the pub or to friends.
We never look sideways.
We never put each other down, we never belittle each other.
We won't allow anyone else to speak rudely to or of each other either, especially not our children.

We build each other up, he cherishes me (which is just as well, because he DID promise to) and I obey him (even though he says I don't) and shockingly, he loves me even when I blog about him.