boy: n. a noise with dirt on it

There is a special reward in Heaven for the mother of boys.

Or there damn well better be.

Only the mother of boys knows why you will hear yourself say things like,

"Why is Barbie pinned to the archery target with an arrow through her???"

"WHO put the redback spider in this matchbox?"

Boys love farts (actually they never lose this love, do they, Fabio?) and fighting and insulting each other. They drink from the carton and leave the lid up, and seem to be physically incapable of hanging up an item of clothing.

Where would we be without boys? 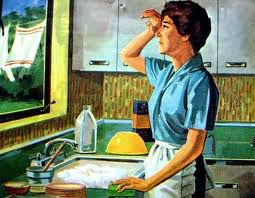 *sniffle* I sure wish I had some boys to cook for and worry over and clean up after
My sister and I have both had BOYS. Not the normal, grubby but cute kind -- but BOYS who were constantly in trouble with school, creating havoc and mayhem at home, skating oh-so-close to trouble with the law....
.... and through many broken-spirited discussions over the years, we've come to the conclusion that BOYS need to know 3 things.

and they are happiest when they know that the person in charge is someone they can trust, the rules stay the same and are fair.

Boys need freedom AND fences. They need to know what the boundaries are, that the boundaries won't change or fall over when you push against them.
They need someone or something to strive against, that won't cave in or let them win.

Sadly, in this oh-so-modern society, we're so worried about being PC that we've removed many of the models and fences our boys used to have.

Here's an example.
Our karate teacher was asked recently to run an after-school activities program, but was then told that he couldn't tell the kids "no" or segregate the ones who were mis-behaving!

"Well," he said, "that's not going to be happening." and he went ahead in exactly the way he does at karate.

And the boys LOVED IT!

Our boys want to be boys. How about we let them? Even if they aren't like girls.