Does anyone else love this movie? 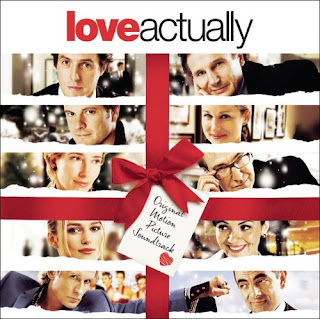 How funny is Hugh Grant dancing? 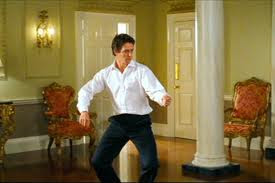 And what about the hilarious part where Colin Farrell asks Aurelias' father for permission to marry his daughter....
Jamie: Good evening. Mr. Barros?

Jamie: I am here to ask your daughter for her hands in marriage.

Mr. Barros: You want to marry my daughter?

Mr. Barros: [yelling toward the back of the house] Come here, there is a man at the door. He wants to marry you.

[a large and confused woman emerges]

Sophia Barros: But I've never seen him before.

Sophia Barros: You're going to sell me to a complete stranger?

Jamie: Pardon me. I'm meaning your other daughter - Aurelia.

OH and the part where Emma Thompson confronts her husband about his roving eye?

Karen: Tell me, if you were in my position, what would you do?

Harry: What position is that?

Karen: Imagine your husband bought a gold necklace, and come Christmas gave it to somebody else...

Harry: Oh, God. I am so in the wrong. The classic fool!

Karen: [voice breaking] Yes, but you've also made a fool out of me, and you've made the life I lead foolish, too!

I ALWAYS cry at that bit.

But this is the part I was thinking of when I started to write this post. It's the intro.

Whenever I get gloomy with the state of the world, I think about the arrivals gate at Heathrow Airport.
General opinion's starting to make out that we live in a world of hatred and greed, but I don't see that.
It seems to me that love is everywhere.
Often, it's not particularly dignified or newsworthy, but it's always there - fathers and sons, mothers and daughters, husbands and wives, boyfriends, girlfriends, old friends.
When the planes hit the Twin Towers, as far as I know, none of the phone calls from the people on board were messages of hate or revenge - they were all messages of love.
If you look for it, I've got a sneaking suspicion... love actually is all around.

I remember this every day when I'm at school, picking up the kids in the afternoon. All these little kids come running out of their classrooms, and run full pelt at their parents, leaping into their arms, yelling "Mum!" or "Daddy!" and there are massive hugs and kisses and occasional clobberings with a lunchbox.