On Friday, we unexpectedly took a holiday. It all happened when Fabio said, on Thursday, "Let's go away for the night. Tomorrow. We'll go down south and do the treetop walk."

So we threw the essentials into the car (pillows, laptop, camera, and a couple of kids) and off we went.

home to Manjimup to Walpole

We hit some roadworks, where all the bitumen had been stripped off down to bare dirt. The Princess said, "What in the world is going on here?"
I said, "They're widening the road. To make it better."

She looked out at the clouds of choking orange dust. "Well, it's not working."

We saw about 5 main roads workers standing in the shade, and another on the mobile phone.
Fabio said, "He's on the phone to the Boss, asking for a shovel to be sent out. And the boss says, Lean on each other till I can get that shovel sent out to you."
(made ME laugh, anyway) 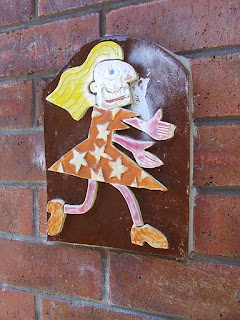 the sign on the girls' toilet in Manji. She looks sorta desperate for a piddle, doncha think? 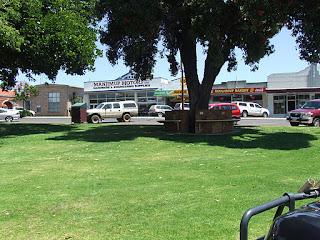 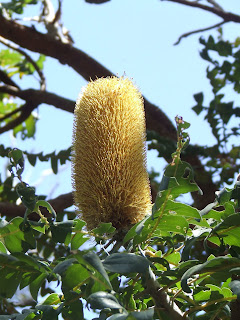 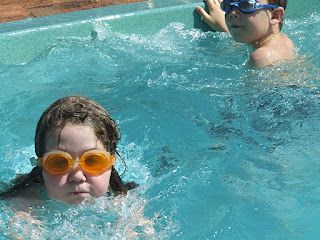 The motel pool in Walpole.
Once the kids had been revived in the pool, we drove out of town to do the Valley of the Giants TreeTop Walk. And WOW. Look at this.... 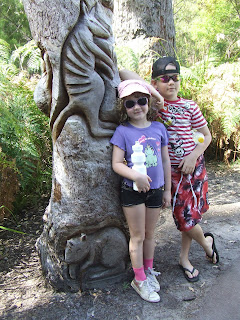 a carved totem at the entrance 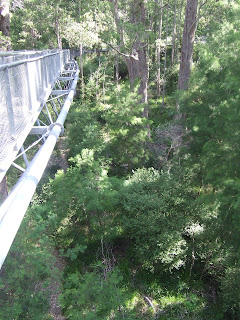 the steel walkway beginning to climb up into the trees 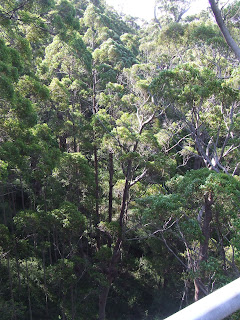 looking down from about half-way 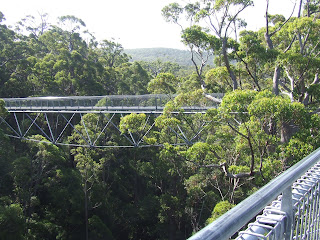 the highest point is 40 metres off the ground, which is cool and scary in equal proportions -- you can see we're not above the trees though! they're amazingly tall. The walkway itself sways and bounces so it was a bit un-nerving, but the walk is only 600 metres or so, and the climb is gentle. 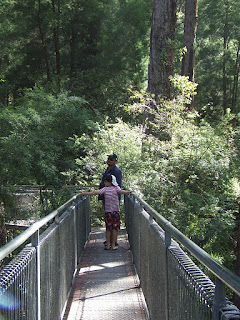 coming back down to earth (WHEW!!)
We then did the Ancient Empire (ground!) walk through WAs' amazing Tingle trees. (not kidding, that's what they're called) 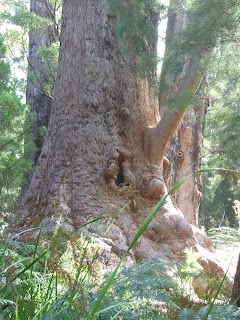 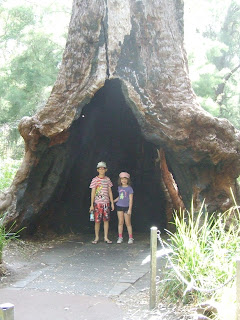 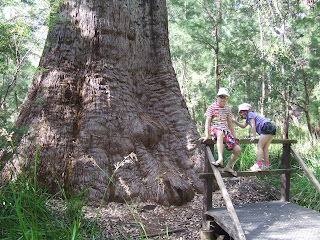 and then we found the Grandaddy of them all.... 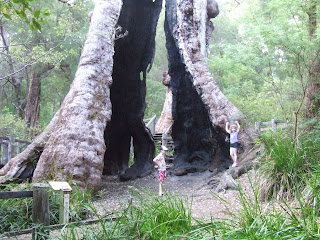 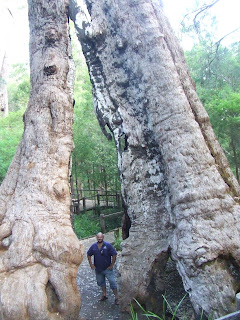 Email ThisBlogThis!Share to TwitterShare to FacebookShare to Pinterest
Labels: down south holiday