Due to our holiday and then a massive heatwave here in WA that melted my typing spirit, I failed to do an update on my NO POO experiment.

This is my hair after the second last wash. 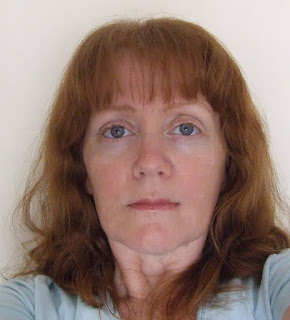 I tried the honey rinse as my sister suggested. But I think most of the credit is due to the treatment as a whole. My hair is settling down, it doesn't feel as rough, and it doesn't get as greasy or irritating as it used to.
In this pic, you can see the frizzies are not too bad. All I did was comb it out and let it dry naturally.
It's quicker to straighten now, too.

I washed it when we got back from the weekend away, but it didn't really need it. Even though we'd been on dirt roads and spent two days in salt-spray and wind.

It's been mad humid here for about 5 days and I don't have frizzy bits poking out everywhere, which I would normally have.

SO -- I've started washing The Princess's hair this way too! She has Shirley Temple curls, which got frizzy and messy when we lived out on the Goldfields, from the amount of chlorine added to the water supply.
I also crushed some rosemary leaves and steeped them in boiling water, allowed it to cool and used it as a final rinse for her, just because I knew she would hate the vinegar smell.

Her hair looks and feels no different from usual, yet, but I'll persevere for a few weeks and see if there's a change.

Email ThisBlogThis!Share to TwitterShare to FacebookShare to Pinterest
Labels: no poo