the Ghost of Mining Past

When we lived in Dreary Town, we used to quite often go 'bush-bashing' on weekends. (for my overseas readers {how posh does THAT sound?} that means driving around in the bush, usually in a four wheel drive) 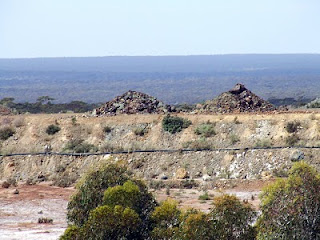 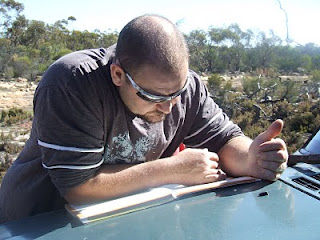 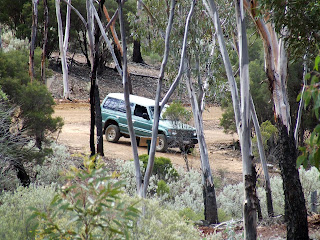 There are probably millions of abandoned mines on the Goldfields, if you count all the shafts etc, and my man loves nothing more than stickybeaking around an old mine.
We took the 'tourist trail' a few times, which is mostly dirt road with some interesting sights along the way. 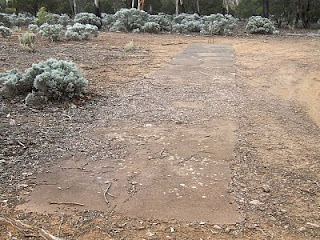 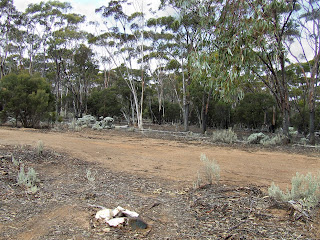 {This is the Break o Day cricket pitch. Hard to imagine there were cricket games being played every summer weekend once. Now the trees and saltbush are crowding in like excited spectators, and only a small band of volunteers stops the pitch from being swallowed up.} 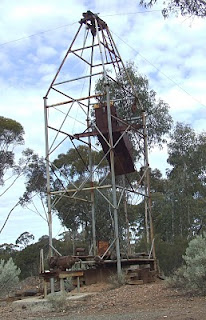 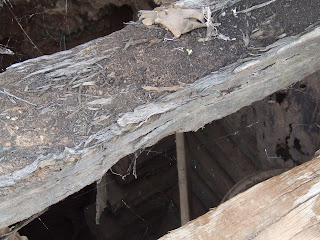 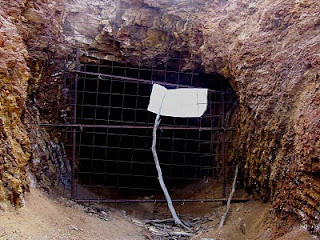 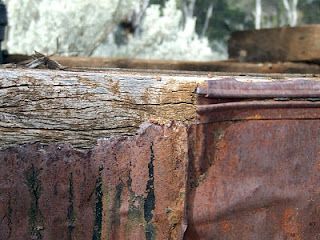 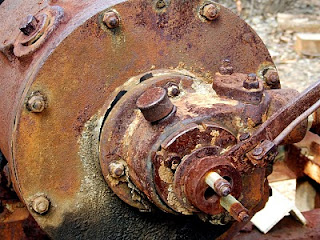 This is apparently an air-hoist. Or was. 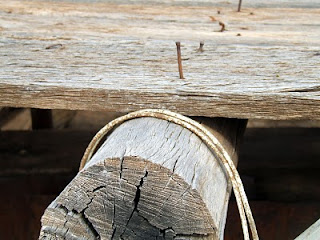 Look at this timbering.


Life out here was harsh. 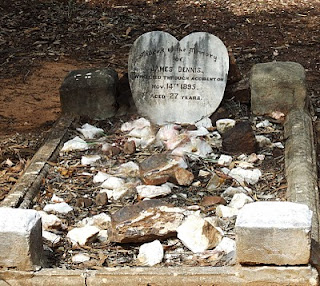 This grave is in the middle of no-where, all by itself. There's another grave, a few kilometres away, of a 7 month old baby, which is very sad.

You have to be careful walking around out here, because shafts are everywhere. 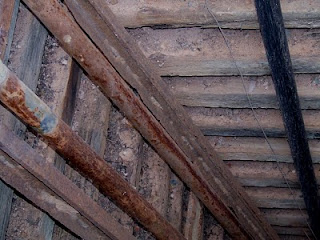 You REALLY don't want to become a part of Goldfields history by falling down one!