it's a kids' world around here.

A couple of weeks ago, we found ourselves in a local toyshop, which has a dollshouse set up on a little table.
There's furniture and some Little People (of the non-dwarf kind) to live in it, and The Princess threw herself on the floor in front of it and gazed longingly for all the time it took me to say, "You're allowed to play with that, sweetie."
Then she was like an octopus, trying to play with everything at once.

A chubby, petulant 8/9 year old came stomping over, slapped the table and demanded loudly, "What are you supposed to do with this? What does it DO?"

I was dumbfounded. For all kinds of reasons. As you all would have been.

But it got me thinking about imagination. And here is proof that kids don't need electronics to have fun. 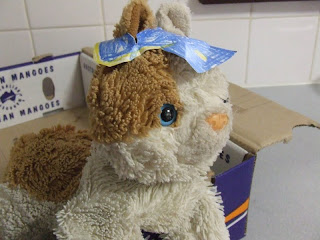 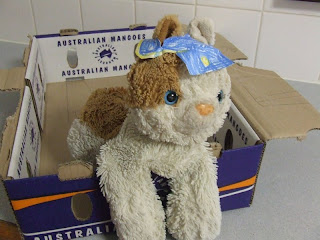 Meet Pilot Gingie. She sports a fancy cap designed and made by The Princess, who coincidentally built her plane as well. I accidentally threw the plane out and it had to be rescued, with much scolding. The cap has ear holes cut into it, so it stays on Gingies' head. Clever.
And this is what happens when Boy Meets Lego. 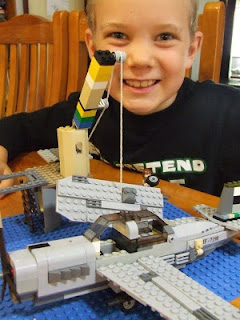 This is an airplane hangar. The plane is from an Indiana Jones set, but the rest is right out of Mr. 9s' imagination. 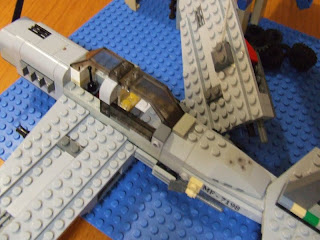 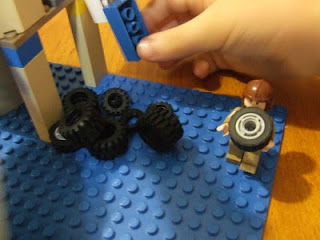 There are spare tyres, for the inevitable flats, and even a guy who's clearly been listening to his OH&S rep, because he's wearing protective headgear. 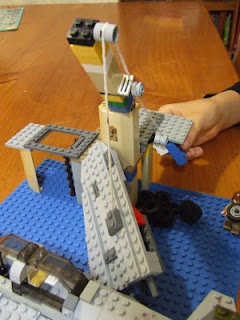 There's a crane for lifting those heavy darn wings into place. 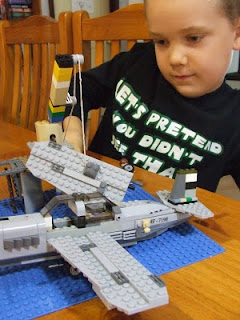 And there's a giant to winch the crane. Everything you need, really.
So -- I'd love to see other posts on kids' imaginations. Any takers?