the fine art of fighting 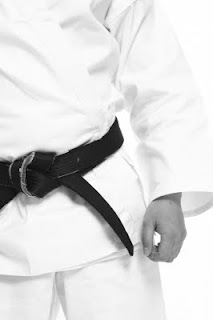 (image from luigi diamanti)
For some reason, my beautiful, sensitive, funny, clever, and creative boy has trouble making friends.
I don't know why. He isn't a bully, he's loyal and friendly, he loves to share -- but kids just don't like him.

This does seem to be a family trait though -- his dad and I were the same, and so were nearly all his siblings. Once we make friends, we keep them for life -- but we tend not to have a large circle of friends.

We've tried all kinds of tactics in the last 7 months -- inviting people after school and on weekends, getting to know other parents, joining in on activities etc -- but no go so far, and to make things worse, there are about 8 boys who live in the two streets here, and they only rarely allow him to join in their games.
It's breaking my heart to watch him go off to ask if he can play, and coming home trying not to cry because they've told him to get lost or they'll bash his head in.
One later apologised because his mum read him the riot act, and they have made up. Since he lives over our back fence, that was something of a relief, and I'm very grateful to his mum for intervening.

But still. Clearly we needed to try something new.

So I rang the local karate club, and last night took Mr9 for his first training session.

And he LOVED it.

The kids are all friendly and helpful, because Sensei says so. They greet one another, sit in a circle, and talk about what they learned at school today. There are kids aged from 17 or 18 down to one tiny little 5 year old, from several different schools, and they all get along well. Because Sensei says so.

They train pretty hard, and there's no time (or tolerance) for mucking around -- and Sensei demands instant respect, without raising his voice or using A Tone. He clearly loves what he's doing and is a born teacher.

I'm not about the fighting. I'm about my boy learning some focus, some self-respect, some discipline, some confidence, and some physical skills.
And if he can make a friend along the way, that would be just fine too.